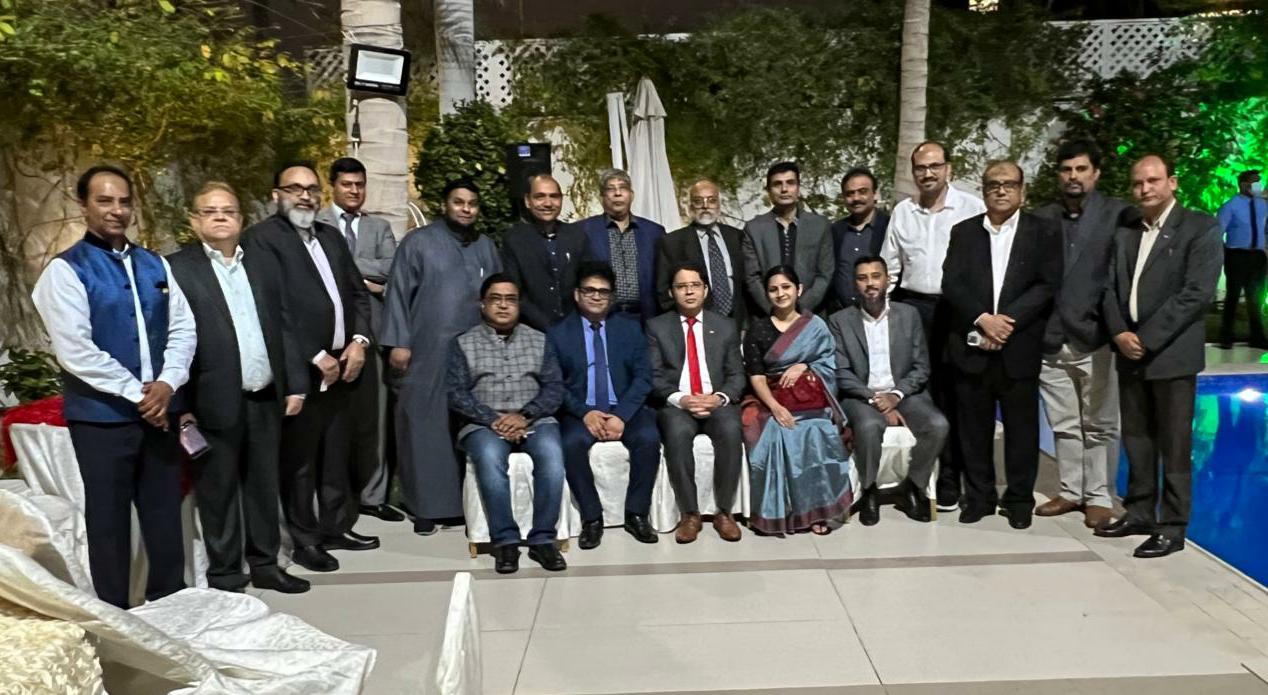 The meeting started with the welcome address by the Indian consul general Mohammed Shahid Alam.

In his speech, he said, the year 2022 was very fruitful as the visit of the Indian commerce minister followed by the visit of the Indian external minister to the kingdom gave a new shape between the trade and bilateral relations between the two countries. We have also achieved our targets last year. We are given new targets again for this year which I think is challenging but achievable.

The meeting was attended by prominent SIBN members, Hamna Maryam and officials from the consulate.

He said that for the year 2023 we have introduced some new sectors where SIBN will focus new trade between the 2 countries. He further said apart from Toys, entertainment, pharmaceutical, food processing, tourism and entertainment sectors which were focus area in 2022, SIBN Jeddah Chapter decided to add Machinery & Equipment, Chemicals, medical devices, renewables and building material to align with National Industrial Strategy of KSA.

SIBN is a group of volunteer businessmen and senior professionals from the industry under the patronage of Consulate of India Jeddah. The objective of the group is to increase the bilateral trade between the India and Saudi Arabia.

An entertainment part was organised by Mohammed Hyder, SIBN treasurer where a quiz on Indian and international CEO was played on Kahoot.

The prizes were given to the winners by the Indian Consul general.

The meeting concluded with the Sumptuous dinner.