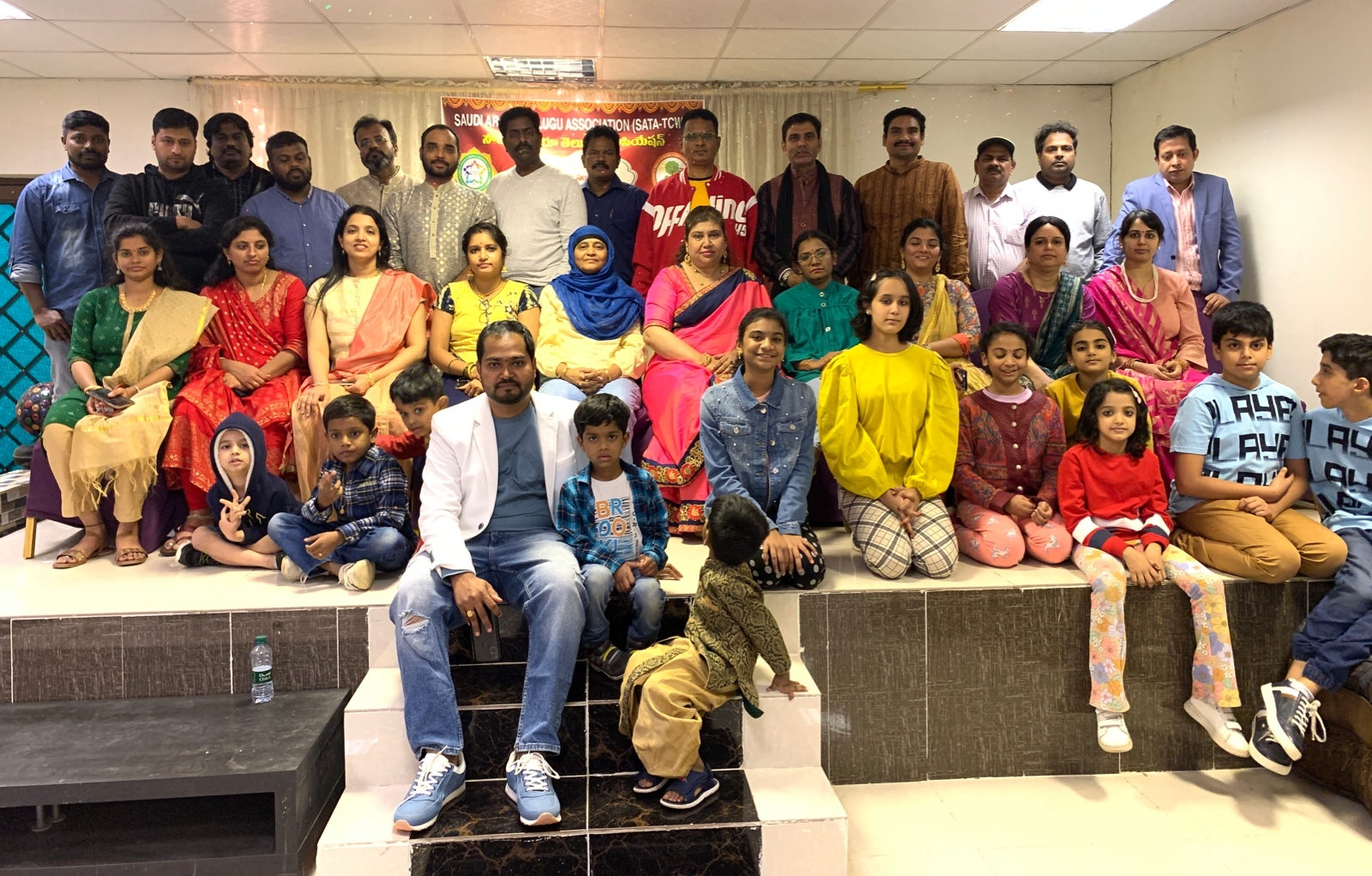 SATA spreads its wings by organizing a huge event presenting Sankranti festival in Jeddah, with the beginning of year 2023

By Lakshman and Chari Munigala

Jeddah – Saudi Arabia has a unique and dominant position globally with its oil production with the exclusive pilgrimage for the holy places in the western region of Saudi Arabia.

A large number of Indians, which include the Telugu diaspora, are working in different parts of the Saudi Arabia in various sectors like petrochemical, Hajj and Umrah, Construction, Information Technology.

Saudi Arabian Telugu Association (SATA), an organization formed by the Telugu diaspora recently celebrated Sankranti Sambaralu marking the beginning of year 2023, where several cultural activities took place by kids and youth under the women wing lead by Maheshwari, Dr. Lakshmi and Dr. Chandrika which included the kite flying event. Different people from the state of Telangana and Andhra participated in the celebration.

SATA Founder K.T. Mallesh was very much instrumental in the Telugu diaspora across Saudi Arabia. Laxman T, an executive member from the core committee briefed about the mission and vision of SATA 2023 and Dr. Mirza Qudrath explored the SATA activities. He further said that helping humanity is helping to god. The current activities of SATA includes blood donation camps, supporting persons who were injured in accident, Huroob cases, passport renewals, any document issues related with the Indian Embassy in Riyadh and Consulate General of India in Jeddah, helping the diaspora in getting relevant jobs, organizing educational and cultural activities for students and parental guidance.

The event concluded with few of the Tollywood and Bollywood songs by Amjad Baig – Vice president of Jeddah Chapter.

The master of ceremony for the event was Mrs. Maheshwari who is also the head of women wing for SATA (Western Region).

The event was also attended by Dr. Nagesh Reddy, president of Al Baha region who also briefed in his speech about how SATA is uniting and being supported in his region. Dr. Rama Krishna, president of Taif also expressed his feelings after joining SATA. The executive Members of SATA in the western region are Balaji, Gokul Murthy, Shiva Reddy, Niranjan, Ashraf Navab and Syed Mujahid.

Chari Munigala, president of Jeddah Chapter, gave the vote of thanks for the event.