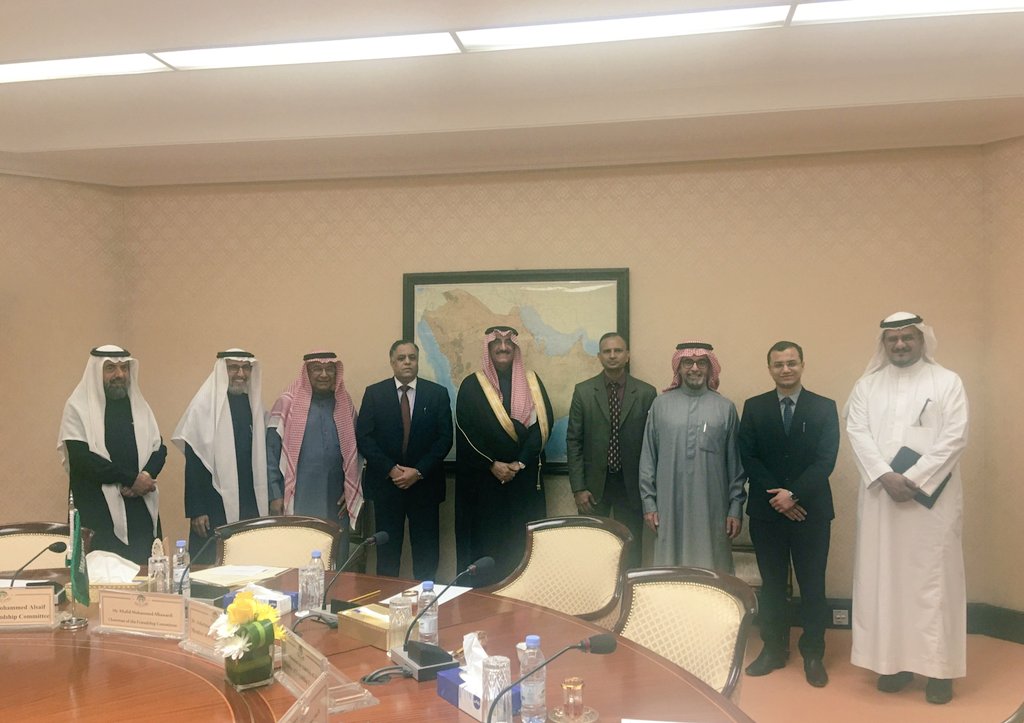 Riiyadh – Ambassador of India to Saudi Arabia Dr. Suhel Ajaz Khan met with members of the Saudi Indian Parliamentary Friendship Committee at the Shura Council on Tuesday under the chairmanship of HE Mr. Khaled Mohammed Albawardi, Chairman of the Committee. Senior officials of the Indian Embassy in Riyadh were also present on this occasion.

They discussed various issues of bilateral relationship and praised the strengthening Indo-Saudi strategic partnership. Mr. Albawardi pointed out that India is an important partner of Saudi Arabia. They discussed several areas of opportunity on both sides for increasing collaboration. They also agreed to increase the parliamentary exchanges between two sides.

Several other members of the Saudi Indian Parliamentary Friendship Committee attended the meeting. They interacted and exchanged views with Ambassador on ways to strengthen the Indo-Saudi strategic partnership in various areas like tourism, trade, investment, pharmaceuticals etc