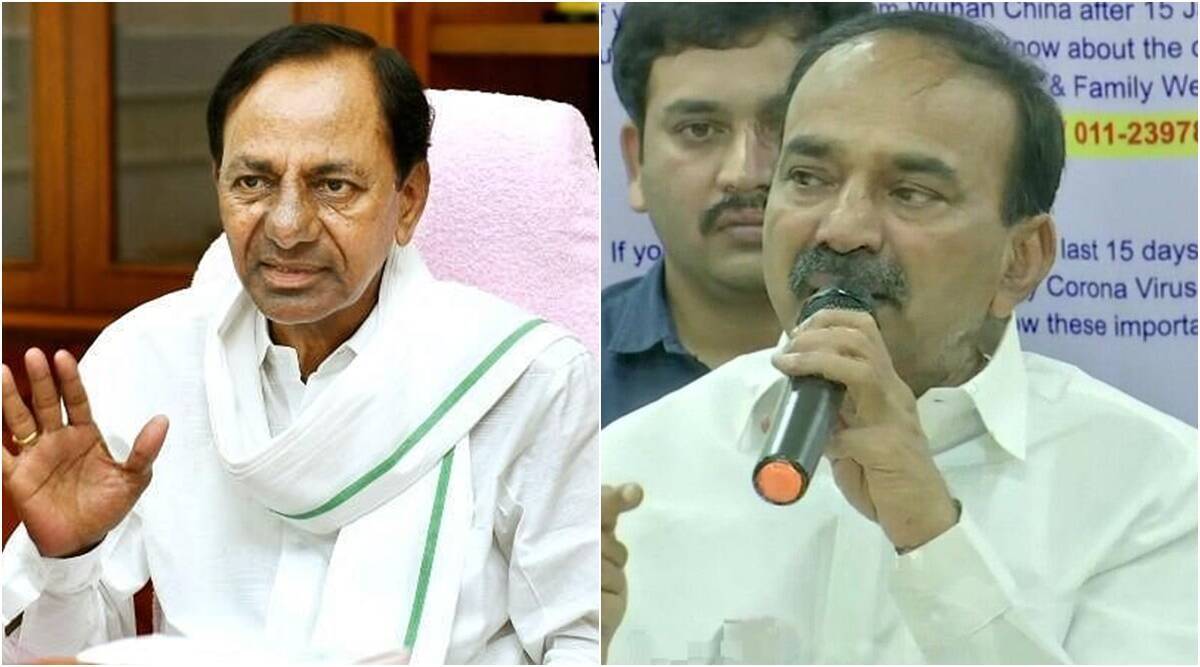 Huzurabad has been a TRS stronghold since 2004 and Rajender has represented the constituency for four terms between 2009 and 2021.

Eatala Rajender of the Bharatiya Janata Party Tuesday won the Huzurabad bypoll with a margin of 23,855 votes. According to the Election Commission website, the BJP polled 1,06,780 votes compared to 82,712 votes polled by TRS and 3,012 votes polled by Congress party.

BJP state president Bandi Sanjay had earlier exuded confidence that Eatala Rajender was winning the bypoll with a thumping majority. “The results would be a fitting lesson to the arrogance and money power of TRS,” he said, adding that the people have “lost faith” in Chief Minister K Chandrasekhar Rao.

In his first response to the election results, TRS party working president KT Rama Rao appealed to party workers to “work with increased resolve to forge ahead in future battles.”

Meanwhile, conceding defeat, Telangana Pradesh Congress Committee President Anumula Revanth Reddy took full responsibility for the party’s defeat. He told reporters that he will lead the Congress cadre in their fight against the TRS government’s misrule and fight for people’s causes.

Congress party, which nominated NSUI state president Balmoor Venkat, has lost its deposit. The party lost its ground despite having a cadre base. During the last general elections in December 2018, Congress had secured over 60,000 votes in Huzurabad.

The bypoll saw a massive turnout 86.6 per cent polling on October 30, with as many as 2.35 lakh voters exercising their franchise. The results are expected to be announced by 5 pm. At the end of counting 753 postal ballots, the ruling TRS party took the lead with over 500 votes.

Chief Electoral Officer Shashak Goel on Monday said that no victory procession would be allowed and that only two persons can accompany the winning candidate to receive the certificate of election from the returning officer.

The bye-election was necessitated after Eatala Rajender, a senior leader and Health Minister, resigned as MLA and quit the TRS party in June 2021 after he was unceremoniously dropped from the state cabinet over allegations of land grabbing by a company owned by his family. The six-time MLA later joined the BJP.

Huzurabad has been a TRS stronghold since 2004 and Rajender has represented the constituency for four terms between 2009 and 2021. The bye-election is seen as a battle between KCR, who wants to assert his supremacy, and Rajender, who wishes to save his political career.