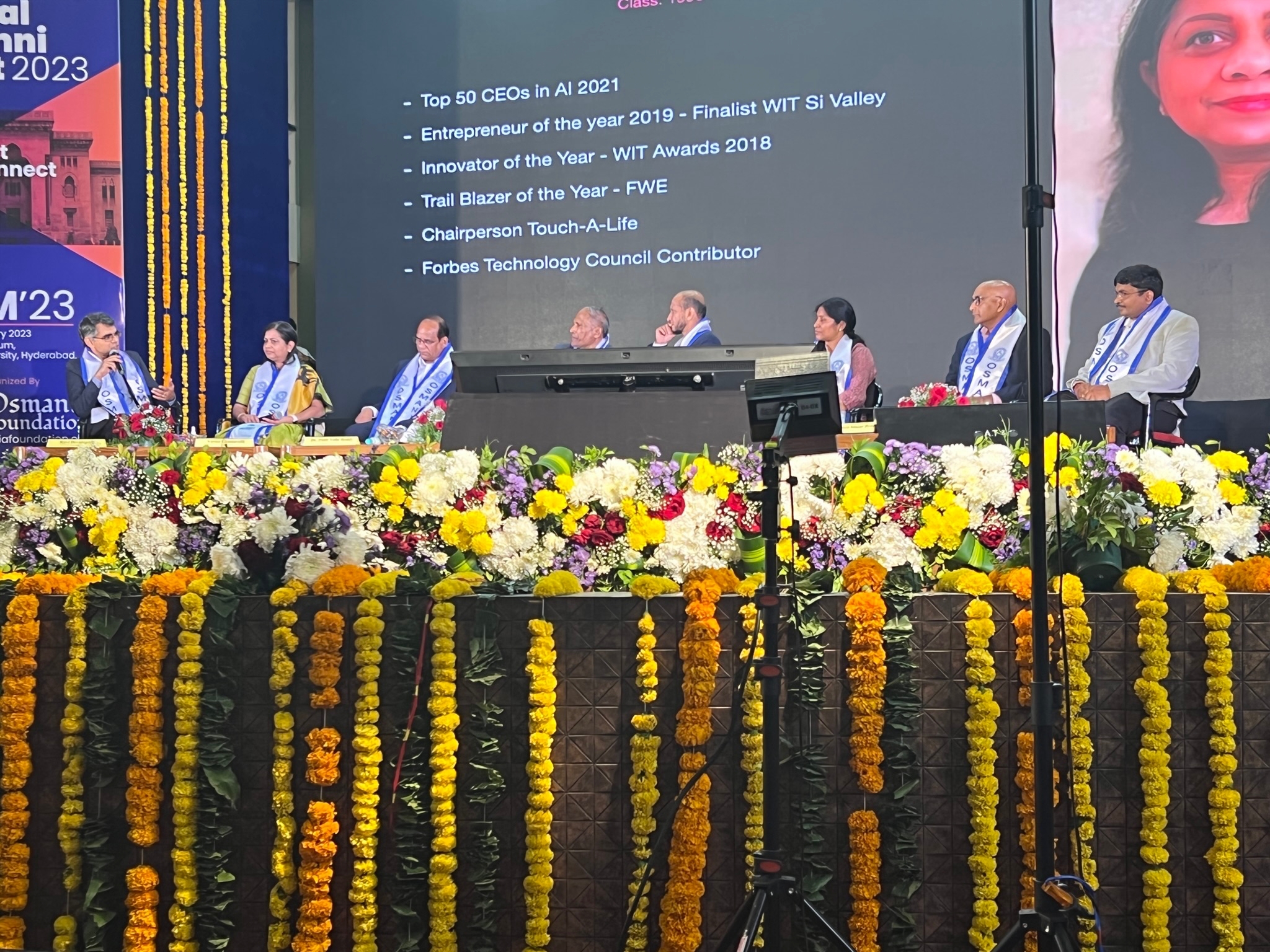 Hyderabad – It is always pleasing to go back to the memory lane visiting educational institutions where we studied, and people get such opportunities rarely. The alumni of Osmania University began the new year with such an opportunity by attending the Global Alumni Meet (GAM 23) held on 3rd and 4th of Jan 2023.

Held under the theme “Connect to reconnect”, GAM23 offered the platform to the global alumni to meet each other. But the number of registrations were very disappointing, making around 800 only. Even though musical night, cultural events, sports and gala dinner made GAM23 filled with fun and joy. But it did not attract millions of alumni spread across the globe.

Despite less in numbers the alumni shown their dedication and love for the University. The meet concluded with signing of four Memorandums of Understanding with industry giants while scholarships worth Rs. 8 lakh were instituted. Alumni also made donations to the tune of Rs. 2 crores. Few alumni committed to sponsor establishment of seminar halls and provide internship to students. Few others instituted gold medals on their names.

A. R. Saleem an Architect from the first batch of B.Arch., (1968-1976) college of Fine Arts & Architecture, appreciated the Vice Chancellor Dr Ravinder Yadav for conducting the first ever meet global meet of the alumni. The founder of Osmania University Alumni Association in Riyadh, Saudi Arabia, Saleem opined that the alumni visiting from foreign countries should have been given an opportunity to speak and share their experiences. Non-alumni speakers were given more priority, it had been appropriate to select expert speakers from the alumni itself.

He termed the entertainment part of the meet as “out of the place selection” as Urdu was blatantly neglected and only bhakti songs were performed. Telugu was dominant in the entire segment. Being a global meet, national songs in Hindi and Urdu ghazals would have been much appropriate. As Urdu was the medium of instruction when the university was established, many performers would have been sourced from the alumni itself, he added.

As GAM23 was the first global meet, he expects improvement in the future events. Welcoming the formation of Osmania foundation, he urged the alumni to be a part of this wonderful platform and connect to the future development of our university.

Recalling the unique feature of the first batch of B.Arch. he said it was the unique batch as it moved under the umbrella of three universities within a short span. It initially started under the Roorkee University but subsequently came under the Osmania University before the first semester exam. However, JNTU was formed during the course the students were given an option to opt for either of the university. We opted for OU and got our first batch degrees from OU without any formal convocation!

Architect A R Saleem feels proud as OU Alumni. He was instrumental in forming OU Alumni Association in Riyadh and was patron of the Association. Moved to Chicago in year 2019. In 2022 VC visited Chicago as part of his visit to abroad. He was part of the executive committee to arrange OU Formation Day 2022. Huge Alumni residing in neighboring areas attended the event.

Another alumnus Saleem Quadri is also worried about the less turnout. He said many seniors living in Hyderabad attended the GAM 2023 while thousands took it typically laid-back attitude. Gala dinner was very well attended. He was very happy to see the Vice Chancellor moving around meeting and chatting with attendees.

Saleem Quadri who graduated in 1974 and moved to Germany for computer studies, settled in Jeddah in 1977. Initially worked in King Abdulaziz University Engineering college as in charge of computer lab. Joined Islamic Development Bank in 1991 in Video conference and distance learning center. He was also involved in various social activities and community services in Jeddah. After retirement in 2017 he is now settled in Hyderabad.

Recalling his education days Saleem Quadri said that Telangana agitation effected studies and higher education was very difficult for students of that period. But thanks to the dedicated and efficient teachers who passed on good knowledge to the students despite hard times. Many students of his era got good jobs in gulf countries while many others settled in USA. “Conclusions from the GAM will definitely bring more participants to join the alumni groups to contribute to alma mater” he said.