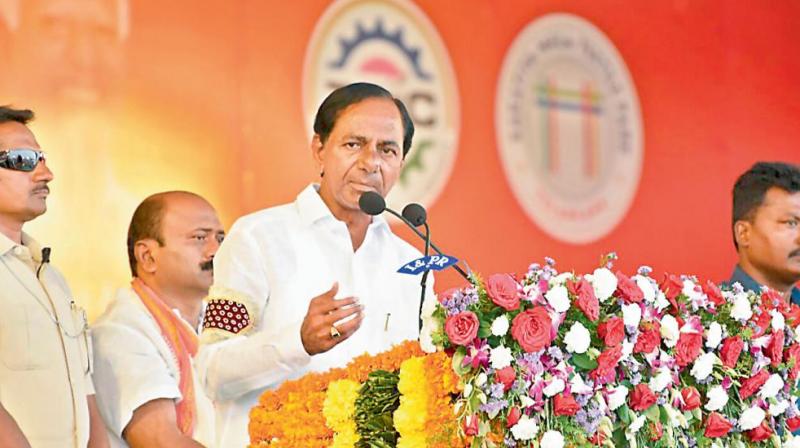 Hyderabad: Doubts surround the re-launch of Dalit Bandhu in Huzurabad Assembly constituency and elsewhere in the state. The scheme came to a halt following the Election Commission of India’s (EC) staying it until Huzurabad byelection was over.

While addressing the Telangana Rashtra Samiti (TRS) plenary in the city on October 25, Chief Minister K. Chandrashekar Rao had announced that the state government would resume the Dalit Bandhu scheme from November 4. He criticised the Opposition parties for saying that they could halt the Dalit Bandhu only till November 3 by complaining to the EC.

But there is no word from the government on the re-launch of the scheme even after November 4 following the defeat of the TRS.

The uncertainty has led to a political slugfest between the TRS and Opposition parties which have threatened to intensify their agitation if the government fails to restart the scheme as promised.

The Chief Minister selected Huzurabad Assembly constituency to launch the scheme as pilot project to extend financial assistance to all Dalit families, just before bypoll. Accordingly, over 20,000 beneficiaries were identified and the government released Rs 2,000 crore to provide Rs 10 lakh each to Dalit families.

But with the Dalit Bandhu not helping the TRS to win bypoll and the TRS getting fewer votes than the BJP even in Shalapally, where Chandrashekar Rao launched the scheme on August 16, doubts are being raised over whether this scheme would be continued or not.

TRS sources said party MLAs themselves were opposing the Dalit Bandhu citing Huzurabad bypoll result and attributing the TRS defeat to the anger caused by this scheme among people from other castes. They want the government to extend similar Bandhu to BCs, STs, Minorities and the poor among OCs simultaneously with the Dalits if it wants to continue this scheme or stop this scheme altogether.