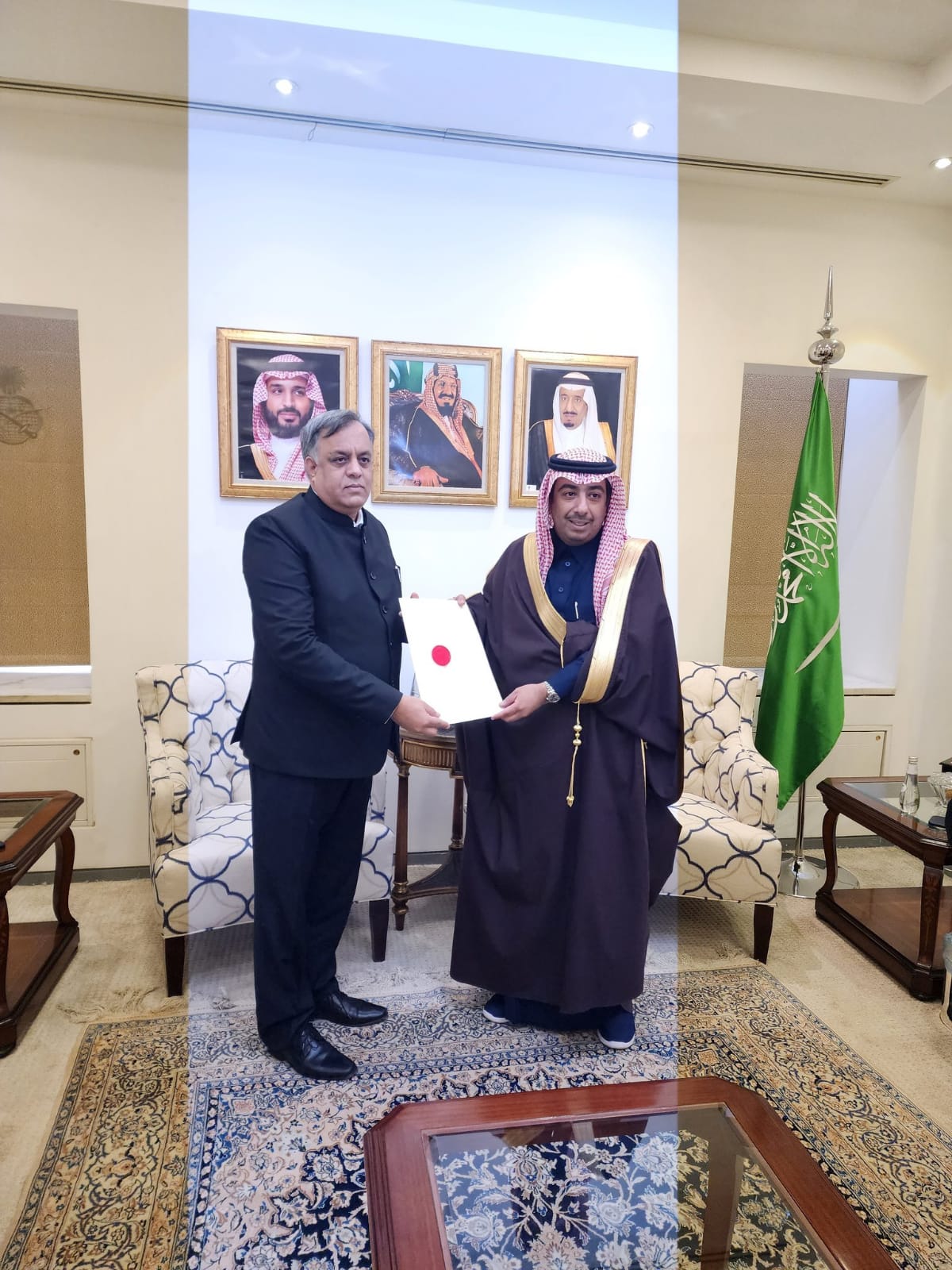 During the meeting the acting Deputy Minister for Protocol Affairs received the credentials from Dr. Khan as his country’s Ambassador to the Kingdom of Saudi Arabia, in preparation for submission to the custodian of two holy mosques King Salman Bin Abdulaziz Al Saud.

On this occasion Mr. Abdul Majeed conveyed the wishes of HH the Minister of Foreign Affairs to the new Indian Ambassador for success in consolidating and strengthening cooperation between two countries and pushing their relations to broader horizons.