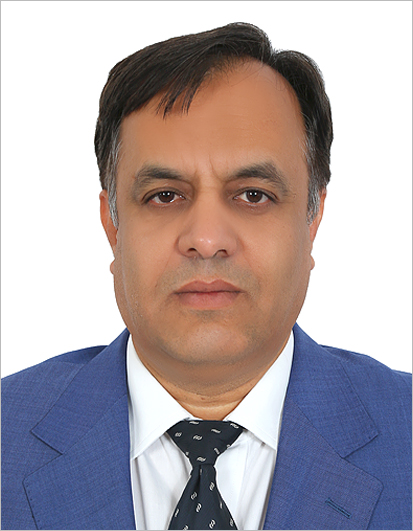 This post has been vacant since the promotion and transfer of last Ambassador Dr. Ausaf Sayeed to Delhi.

Dr. Khan joined the coveted Indian Foreign Service in 1997. His first foreign assignment was to the Embassy of India, Cairo. During his tenure from 1999 to 2001, in addition to his regular duties he obtained an Advanced Diploma in Arabic Language from the American University, Cairo.

He later served at the Indian Embassy Damascus, handling Administration, Press and Political Affairs between 2002-2005. His next assignment was as Consul at the Consulate General of India, Jeddah between 2005-2008, where he was handling a number of issues including the Haj matters and Haj arrangements for the Indian pilgrims. Later, Dr. Khan worked as Deputy Secretary in the WANA (West Asia North Africa) Division of the Ministry of External Affairs between 2008-2009 followed by a stint at the Indian High Commission, Islamabad between 2009-2011 where he handled Visa and Consular matters.

Between 2011 and 2013 Dr. Khan served as Director in the office of Minister of State for External Affairs Mr. E. Ahamed.Then he moved to Vienna as Deputy Chief of Mission at the Embassy and Permanent Mission of India. While in Vienna, he handled political and multilateral work. Between 2013 and 2017 he was part of the Indian delegations to the IAEA (International Atomic Energy Agency), the UNIDO (United Nations Industrial Development Organization) and the UNCOPUOS (United Nations Committee on Peaceful Uses of Outer Space) meetings. He also served as Rapporteur of the Programme and Budget Committee of the IAEA in 2015, G-77 Coordinator for the UNIDO matters in 2015 and as Governing Body representative on the Staff Pension Committee of the UNIDO from 2016-2017. He was also Head of the Indian Delegation to the Vienna Conference on the Humanitarian Impact of Nuclear Weapons in December 2014 at Vienna.

Before his stint at Lebanon Dr. Khan worked at the Indian Embassy in Riyadh from September 2017 to June 2019 as Deputy Chief of Mission, with the personal rank of Ambassador.

Dr. Suhel Ajaz Khan is a medical graduate from M.G.M. Medical College in Indore, India. He is married to Rifat Jabeen Khan. His wife has long experience of working in International and UN organizations. They have two daughters. He arrived in Beirut on June 21, 2019. He is being transferred upon completion of his three years tenure in Beirut.